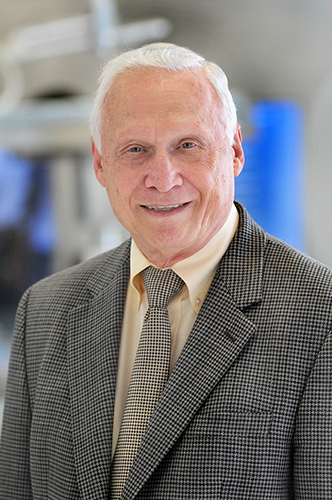 Hepatitis C: State-of-the-art assays are being utilized to properly identify and characterize hepatitis C virus (HCV) in infected persons and to study its role in the immunopathogenesis of viral hepatitis. The safety and efficacy of new or novel treatment modalities are being investigated. Recent data strongly suggest that HCV persistence and/or resistance to treatment is a multifactorial process involving the host, the immune response, and the virus itself through its molecular interactions during the course of infection and treatment. We are interested in studying molecular determinants of viral sequences that could be associated with the chronicity of HCV infection and escape from treatment. To accomplish this goal, we plan to develop a small animal model for HCV infection based on humanized mouse liver which will be challenged with viral genomes collected from patients with different outcomes of infection including nonresponders to treatment. We will define which clusters of the genomic sequence are important for the outcome of the infection or treatment modality and characterize the molecular mechanisms involved in this process.

National Surveillance Study on Hemophilics: The CRCDL is involved in a national serosurveillance study sponsored by the Centers for Disease Control and Prevention for the purpose of identifying HAV, HBV, HCV, HPV B19 and other new emerging viral agents in the U.S. hemophilia population.

SEN-V Virus: SEN-V virus is a member of the TT virus superfamily. It has been shown to be transmitted to humans by blood with recovery occurring in a large percentage of patients. The risk of developing serious disease among chronically infected persons has not been established. We are examining transmission among transfused recipients who have developed non-A-E hepatitis using PCR technology and are comparing these results to blood recipients who did not develop hepatitis. Dr. F. Blaine Hollinger has been actively involved in hepatitis research since joining the Department of Molecular Virology and Epidemiology at Baylor College of Medicine in Houston, Texas in 1968 and the Department of Medicine (GI/Baylor Liver Center) in 1981. He is currently Professor of Medicine, Molecular Virology & Epidemiology and Director of the Eugene B. Casey Hepatitis Research Center. He is a Fellow of the IDSA, the AGA, the ACG, and the AASLD. He received the Marquis Who's Who Lifetime Achievement Award and the American Men and Women of Science award and was a Rhodes Scholar designee for the Midwest Region. He has been an advisor and consultant on program projects, grants, and contracts related to viral hepatitis and drug therapy for the National Institutes of Health and the Food and Drug Administration (FDA) and a consultant to the Transfusion Transmitted Diseases Committee of the AABB. He served on the Blood Products Advisory Committee (BPAC) for the FDA becoming its Chairman in 1997 and again in 2010 for which he was presented with the Advisory Committee Service Award on each occasion.

Dr. Hollinger is an experienced researcher and hepatologist who has engaged in a number of national multicenter clinical trials and basic scientific projects related to viral hepatitis over the past 40 years. He has published over 275 articles, books and chapters in this field that includes the characterization and diagnosis of viral hepatitis agents, development of sensitive immunological assays, prophylaxis of hepatitis A and B, vaccine development, therapy of hepatitis B and C, studies on the immunopathogenesis and natural history of viral hepatitis, and the epidemiology of blood-borne pathogens and posttransfusion hepatitis. His current research interests are to determine how chronic HCV infection disrupts the insulin signaling pathway and interferes with the interferon response, to study the effect of HBx on viral replication that might lead to the development of a novel antiviral drug inhibitor and the prevention of hepatocellular carcinoma using human hepatocyte engrafted mice and human liver organoids to evaluate new therapeutic targets for HBV and HCV and to determine the role of occult hepatitis B in transfusion medicine. His clinic responsibilities include all aspects of acute and chronic liver disease.