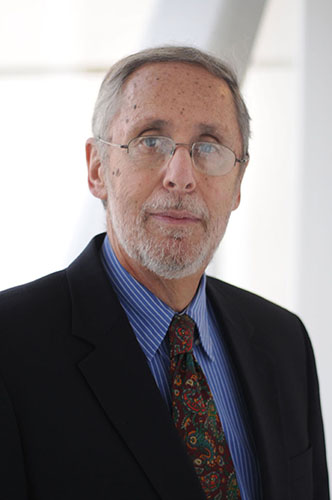 Dr. Entman was recruited to Baylor College of Medicine as an assistant professor in 1970. He was a Howard Hughes Medical Investigator from 1971 and 1979 when he assumed his present position. In 1977, Dr. Entman became the chief of the Section of Cardiovascular Sciences and director of the Division of Research of NHLBI National Research and Demonstration Center at Baylor College of Medicine and The Methodist Hospital. In 1985, the DeBakey Heart Center replaced that program. Dr. Entman has been continuously funded as a principal investigator by the National Institutes of Health since 1967 and is currently funded until 2017. He was principal investigator of two Program Project Grants (21 years) and Research Director of the NHLBI Research and Demonstration Center at Baylor from 1976-1985. Sarcoplasmic Reticulum Calcium Flux - Dr. Entman’s early research interests relate to control of myocardial calcium and sarcoplasmic reticulum function. These studies were continuously supported by the National Heart, Lung and Blood Institutes since before his arrival at Baylor until 2000. For this work, Dr. Entman received the Outstanding Research Award from the International Society of Heart Research (1986) and was awarded an NIH MERIT AWARD (1989-1999). Characterization of Acute Inflammation in Myocardial Injury - Dr. Entman’s other research interests relate to the molecular and cellular mechanism injury and repair in the myocardium. These studies have been supported since 1974 by an RO1 and subsequent Program Project Grants and RO1’s of which he was Principal Investigator. In the late 1980s, the studies shifted to examining the role of inflammation in cardiac injury following reperfusion of the infarcted myocardium. Studies were aimed at characterizing the accelerated reperfusion-induced inflammation and its role in extending myocardial injury. Dr. Entman and his colleagues were the first to demonstrate the induction of ICAM-1 expression on viable cardiac myocytes in the jeopardized border zone of a reperfused myocardial infarction. They demonstrated in vivo that the presence of ICAM-1 sensitizes myocardial cells to adhesion-dependent neutrophil induced injury (oxidative). Subsequent work dealt with characterizing the cytokine cascade responsible for inflammatory injury of the surviving border zone. Factors influencing both the cardiac and leukocyte response were studied and examined in the context of the pathophysiologic course of infarct progress. Chronic Inflammatory Response in Cardiac Repair and Remodeling – These studies led to examination of reperfusion-induced inflammation as a mediator of cardiac repair and remodeling. The overall strategy involved identification of cellular and molecular events that result in injury and identification of potential factors which might reduce inflammatory injury or promote repair. An emphasis related to chemokine and TGF beta roles in suppressing acute inflammation and allowing repair. This work led to investigations of the cellular and molecular link between inflammation and adverse remodeling in the heart. In recent years, the laboratory has defined, in both murine models and clinical material taken from ischemic cardiomyopathy (in the absence of infarction) the presence of CD45+ fibroblasts arising from marrow derived blood borne monocytic cells in response to MCP-1 dysregulation. The model demonstrates a sequential role for M1 macrophages inducing cytokines and lymphokines to effect M2 polarization. M2 macrophages become myeloid fibroblasts seen in cardiac remodeling.
In contrast, we showed that fibroblasts mediating cardiac scar formation arose from endogenous mesenchymal stem cells (MSCs). Examination of MSCs in the aging mouse demonstrated the dysfunctional lineage choice and its association to the generation of fibroblasts in the myocardial infarction that did not transition to myofibroblasts. Dysfunctional fibroblasts in the aging mouse have marked reduction in TGF beta responsiveness and markedly reduced levels of TGF beta1 receptor. Growing endogenous mesenchymal stem cells from young animals in the presence of higher insulin levels (seen in aged mice) also resulted in a similar dysfunction. This data suggests that defective scar formation in aging mice previously reported by our laboratory and the well-observed problems with infarct healing in aging patients may also arise from this defect in mesenchymal stem cells. Peer Review - In addition to membership in the societies and organization listed, Dr. Entman has also been active in peer review. He was a member of the Pharmacology Study Section of NIH, a member and chairman of the American Heart Association Cardiovascular B Research Study Committee, and a member of the National Cardiology Merit Review Board of the Veteran's Administration, as well as many ad hoc groups. Dr. Entman also served on the Research and Program Evaluation Committee of the American Heart Association and was chairman of the American Heart Association Research Policy Subcommittee. He serves or has served on the editorial boards of all of the major journals associated with cardiovascular research. He has also been the associate editor for Federation Proceedings and FASEB Journal and associate editor of Circulation.