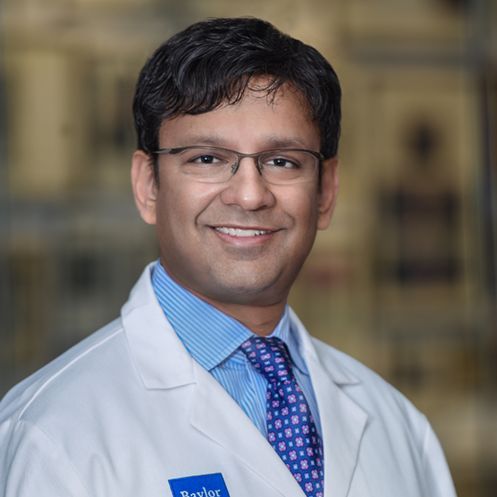 American Board of Surgery

American Board of Thoracic Surgery

Dr. Ravi K. Ghanta's clinical practice includes all aspects of adult cardiac surgery, including caring for patients with coronary artery disease, valvular heart disease, diseases of the thoracic aorta, and heart failure. In addition he has interests in minimally invasive surgery, transcatheter valve therapy, mechanical circulatory assist devices, and heart transplantation.
Dr. Ghanta is originally from Oakdale, Louisiana, where he was active in his community and became an Eagle Scout. He completed his undergraduate studies in Applied and Engineering Physics at Cornell University in Ithaca, NY. At Cornell, he was named a Merril Presidential Scholar as the most outstanding graduate in Applied Physics. Dr. Ghanta then completed his medical training at Harvard Medical School in Boston, MA where he graduated with honors. He completed a thesis in Biomedical Optics at the Harvard-MIT Division of Health Sciences and Technology while receiving fellowships from the Howard Hughes Medical Institute and the Association for Academic Surgery.
Dr. Ghanta trained in General Surgery and Cardiothoracic Surgery at the Brigham and Women’s Hospital/Harvard Medical School in Boston, MA. During his residency he spent 3 years in the lab studying ventricular restraint therapy for ventricular remodeling in heart failure. He was awarded research grants from the National Institutes of Health. Dr. Ghanta served as Chief Resident of General Surgery at the Brigham in 2010 and was awarded the John Mannick Award. He subsequently served as Chief Resident in Cardiac Surgery at the Brigham in 2012. He then subsequently joined the faculty at the University of Virginia from 2012 to 2016. At the University of Virginia, he maintained an active clinical practice and a funded research lab. He attained multiple clinical leadership positions, including Director of the Adult Extracorporeal Life Support Program. In 2016, Dr. Ghanta joined the Michael E. DeBakey Department of Surgery at Baylor and Chief of Cardiac Surgery at Ben Taub Hospital.
Dr. Ghanta’s laboratory focuses on ventricular remodeling in heart failure including restraint therapy, stem cell therapy, and tissue engineering. Dr. Ghanta is a member of the Southern Thoracic Surgery Association, Society of Thoracic Surgeons, American College of Surgeons, and the American Heart Association.