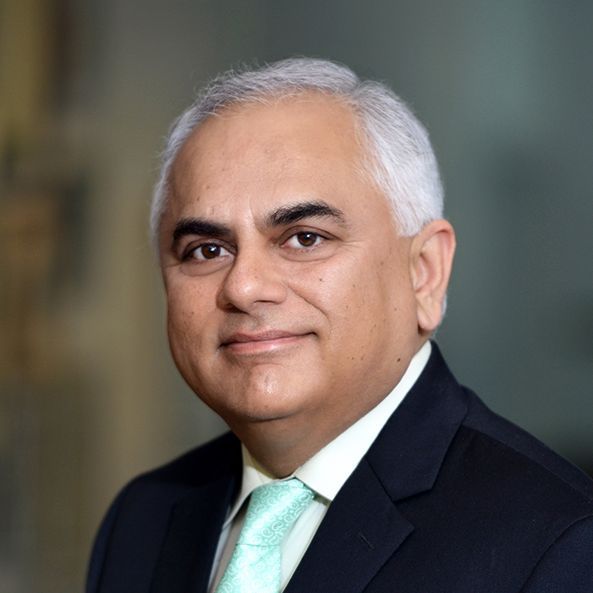 American Board of Psychiatry and Neurology, Inc

Dr. Shah is the Executive Vice Chair and Professor in the Menninger Department of Psychiatry and Behavioral Sciences, and the Department of Community and Family Medicine, Baylor College of Medicine. In September 2016, Dr. Shah was appointed as the Inaugural Vice Chair for Community Psychiatry, which has now become the Division of Community Psychiatry under his leadership as its Chief. He is also Chief of Psychiatry for Ben Taub Hospital/Harris Health System and the Director of Community Behavioral Health Program for Harris Health System. His service is the largest outpatient Mental Health provider in Harris County, with over 100,000 visits a year. He is also the Director of Mood Disorder Research Program at Ben Taub and the Executive Director of Psychotherapy Services for Ben Taub Hospital. Dr. Shah has done numerous media presentations to National and International Radio/TV/Newspapers on topics like Ketamine and Depression, Election stress, mass shootings, stress management, work related stress, ADHD, road rage, seasonal affective disorder and Phobias and has widely presented both nationally and internationally. He has received two Fulbright and Jaworski Awards, one for Teaching and Evaluation in 2012 and second for Educational Leadership in 2014. He also received Rising Star Clinician Award from Baylor in 2014. His current research is in the field of treatment resistant depression, and ketamine.
He won the Faculty of the Year Award in 2013 from Baylor¹s Psychiatric Residency Program, and in 2014 from Baylor¹s Psychology Internship Program, and also was named by Houstonia magazine in their Top Doctors list for Houston in 2013, 2014, 2015 and 2017, and Top Doctors of Houston Award by Castle Connolly in 2017. He was appointed as Board Director for Mental Health America (MHA) in June 2017.

Is it Ethical to use Valproate (Category D) in Women of child bearing Age?
Conference (Presenter, 2014)
Sponsor: 66th Institute on Psychiatric Services

What is New in Medical Clearance: Real-life Examples at the Confluence of Psychiatric and Emergency Care
Conference (Presenter, 2014)
Sponsor: 5th Annual National Update on Behavioral Emergencies

Culturally Competent Psychiatry for Refugees: A Pilot Program of a Standardized Mode
Conference (Presenter, 2015)
Sponsor: Annual Meeting Society for the Study of Psychiatry and Culture

Corcept C-1073-14
$88,917.00 (04/17/2013 - 07/07/2014)
BCM IRB Protocol # H-32760
PI, Study to Confirm a Diagnosis of Major Depressive Disorder with Psychotic Features and Screen Potential Patients. Phase 3 double blind study designed to assess the use of mifepristone and its effects on the HPA axis thus reducing psychotic symptoms in patients with Psychotic Depression.

Efficacy and Tolerability of Riluzole in Treatment Resistant Depression
$750,000.00 (08/01/2010 - 07/31/2014)
R01MH085054
CO-PI - The goal of this 4-site NIH collaborative R01 is to study the efficacy and safety of the glutamate modulator riluzole in patients with treatment-resistant depression and to investigate biomarkers predictive of response. BCM IRB Protocol # H-26581

Adjunctive IV Ketamine in Treatment-Resistant Depression - #NARSAD Grant
(09/15/2009 - 09/14/2012) The Brain and Behavior Research Fund
Co-PI - The goal of this randomized controlled trial is to test the safety, efficacy, and time-to-response of repeated dose intravenous Ketamine as adjunctive therapy to a SSRI for severely symptomatic patients with MDD. BCM IRB Protocol # H-26488