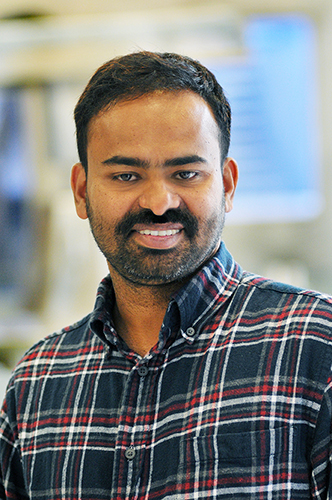 Abnormal metabolism is an emerging hallmark of cancer progression and metastasis. Metabolic plasticity that occurs by rewiring cellular metabolic status allows cancer cells to dissociate from the primary tumor, overcome the nutrient and energy limitations in the microenvironment and eventually survive to form metastasis in hostile environments. Although aerobic glycolysis (Warburg effect) is generally regarded as a dominant metabolic program in cancer, recent evidence suggests that mitochondrial oxidative phosphorylation (OXPHOS) significantly contributes to cancer progression and metastasis. Nevertheless, it is still unclear how these metabolic modes are regulated in cancer and the particular advantages each of these modes confers to metastasizing tumors. My lab seeks to understand the mechanism of mitochondrial energy reprogramming and mitochondria-nuclear crosstalk in cancer progression and metastasis of aggressive tumors. Most lab projects have a translational focus to evaluate our findings’ therapeutic potential using preclinical studies.

Hybrid metabolic status of aggressive cancer cells: To address the interplay between glycolysis and OXPHOS in metastatic cancer, we use mathematical modeling and experimental validation to simulate the metabolic regulatory network dynamics and couple gene regulation with metabolic pathways. We have recently shown that metastatic cancer cells can acquire a hybrid (glycolysis & OXPHOS) metabolic phenotype in which both glycolysis and OXPHOS can be utilized for energy production and biomass synthesis. This hybrid state enables cancer cells to achieve metabolic plasticity for robust survival under hostile environments.

Mitochondria-nuclear crosstalk in cancer: Mitochondrial signaling can regulate several oncopathways. To understand the genetic and metabolic factors involved in the crosstalk between mitochondria and nucleus, my lab uses transmitochondrial cybrid (cybrid) models as a discovery tool. In cybrid models, we compare mitochondria from different cells under a commonly defined nuclear background. Thus, cybrids are an excellent tool to decipher the inter-organelle communication between mitochondria and the nucleus systematically. We utilize cybrid models coupled with multiple-OMICs approaches to identify genes and pathways regulated by mitochondria-nuclear communication. Discoveries from cybrids are then validated using cell lines, mouse models, patient-derived xenografts (PDXs) and clinical data.

Metabolic reprogramming and drug resistance: Compared to other breast cancer subtypes, triple-negative breast cancer (TNBC) is associated with a worse overall outcome owing to the lack of targeted therapies. We have published the pioneering report on the clinical significance of mitochondrial energy reprogramming to fatty acid b-oxidation (FAO) in metastatic TNBC as a prerequisite to attain aggressive metastatic potential. We have shown that FAO is critical for the Src family kinases (SFKs) in TNBC. We are now evaluating how FAO-SFK crosstalk sustains a feed-forward loop that permits TNBC metastasis. Additionally, we also focus on the mechanisms of drug resistance to SFK inhibitors in TNBC.

Bioimaging and Multimodal Nanomaterials: In collaboration with material scientists, we have developed several nano-based compounds for bioimaging. We are currently focusing on materials that can be altered by cellular metabolic or biochemical modulations.