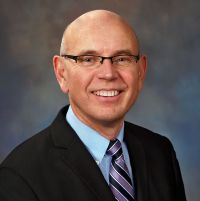 Member of the National Academy of Sciences
04/2014

Member of The Academy of Medicine, Engineering, and Science of Texas (TAMEST)
04/2014

Fellow of the National Academy of Inventors
12/2016

Reproductive and embryonic development are complex processes which require the coordinate interaction of multiple proteins. The overall research goals of my laboratory are directed at elucidating the critical proteins involved in both normal and abnormal reproductive development. These studies are focusing on both extragonadal regulators such as luteinizing hormone and follicle stimulating hormone and intragonadal regulators such as the inhibins, activins, bone morphogenetic proteins, and growth/differentiation factor 9 (GDF9). These latter proteins are members of the large TGF-β's superfamily of secreted growth factors and appear to play important roles in multiple tissues as endocrine, paracrine, and autocrine mediators during both embryonic and adult development.

To characterize the roles of these proteins in mammalian reproduction and development, we have taken a systematic approach to generate "knock-out" mice deficient in a number of these genes using gene targeting, embryonic stem (ES) cell, and CRISPR/Cas9 technology. Analysis of the mice generated in these "loss of function" experiments have revealed the critical roles of several of these proteins in mammalian reproduction, development, and oncogenesis. Initial studies to generate mice deficient in the inhibins have already demonstrated the power of this approach revealing that inhibin is a novel tumor suppressor with specificity for the gonads and the adrenal gland. Similarly, mice lacking GDF9 have defined it as the first oocyte-derived growth factor required for somatic cell function in vivo. Current studies using these transgenic mice as in vivo tools are enabling us to more fully understand the relationship of these proteins in reproduction and oncogenesis, and to develop small molecular contraceptives for targeting male germ cell-specific proteins.