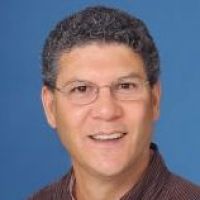 It has been established that tumorigenic viruses represent powerful tools for revealing molecular mechanisms responsible for the development of human malignancies. In addition to causing acute self-limiting infections in people, certain human adenoviruses are also capable of inducing tumors in rodents. Based on the types of elicited tumors and the oncogenic determinants, two different classes of tumorigenic human adenoviruses can be distinguished. Adenoviruses from subgroups A and B promote undifferentiated sarcomas at the site of inoculation, and the tumorigenic potentials of these viruses depend solely on their E1A and E1B oncoproteins. In contrast, we have shown that human adenovirus type 9 from subgroup D generates exclusively estrogen-dependent mammary tumors and that the tumorigenic potential of this virus depends instead on its E4-ORF1 oncoprotein. My lab is interested in determining the molecular mechanisms underlying tumorigenesis by E4-ORF1. Such knowledge is expected to reveal new insights into how many cancers arise in people.

The results of our studies indicate that the tumorigenic potential of E4-ORF1 is linked to its ability to complex with a select group of cellular PDZ domain-containing proteins, including MUPP1, MAGI-1, ZO-2 and DLG. PDZ domains are 90 amino?acid protein?protein interaction modules found primarily in cellular scaffolding proteins that regulate signal transduction. While the precise functions of the E4-ORF1-associated PDZ proteins are not yet known, these types of polypeptides usually localize membrane receptors and cytosolic proteins to the plasma membrane at specialized regions of cell?cell contact and, at these locations, organize these targets into large signaling complexes. Related to these general activities for PDZ proteins, we have shown that E4-ORF1 selectively and potently activates the phosphoinositide 3?kinase (PI3K) signaling pathway at the plasma membrane of cells. Significantly, this activity is dependent on interactions of E4-ORF1 with its PDZ-protein targets, and is also intimately linked to the ability of E4-ORF1 to transform cultured cells and to promote tumors in animals.

Other findings hint that E4-ORF1-associated PDZ proteins may also be tumor suppressors. With respect to this idea, E4-ORF1 aberrantly sequesters most of its PDZ-protein targets within detergent-insoluble complexes in the cytoplasm of cells. Interestingly, high-risk but not low-risk human papillomavirus (HPV) E6 oncoproteins likewise bind to MUPP1, MAGI-1, and DLG but, in this case, target them for degradation in cells. Additionally, the Tax oncoprotein of human T-cell leukemia virus type 1 also interacts with DLG. These observations suggest that the tumorigenic potentials of several different human virus oncoproteins depend, in part, on their ability to bind and inactivate one or more of the E4-ORF1-associated PDZ proteins in cells.

In light of these findings, the current emphasis of research in Dr. Javier's lab is: