Baylor College of Medicine and its clinics will be open Tuesday, Nov. 29. We are closely monitoring the City of Houston's boil water advisory and will provide updates as needed. 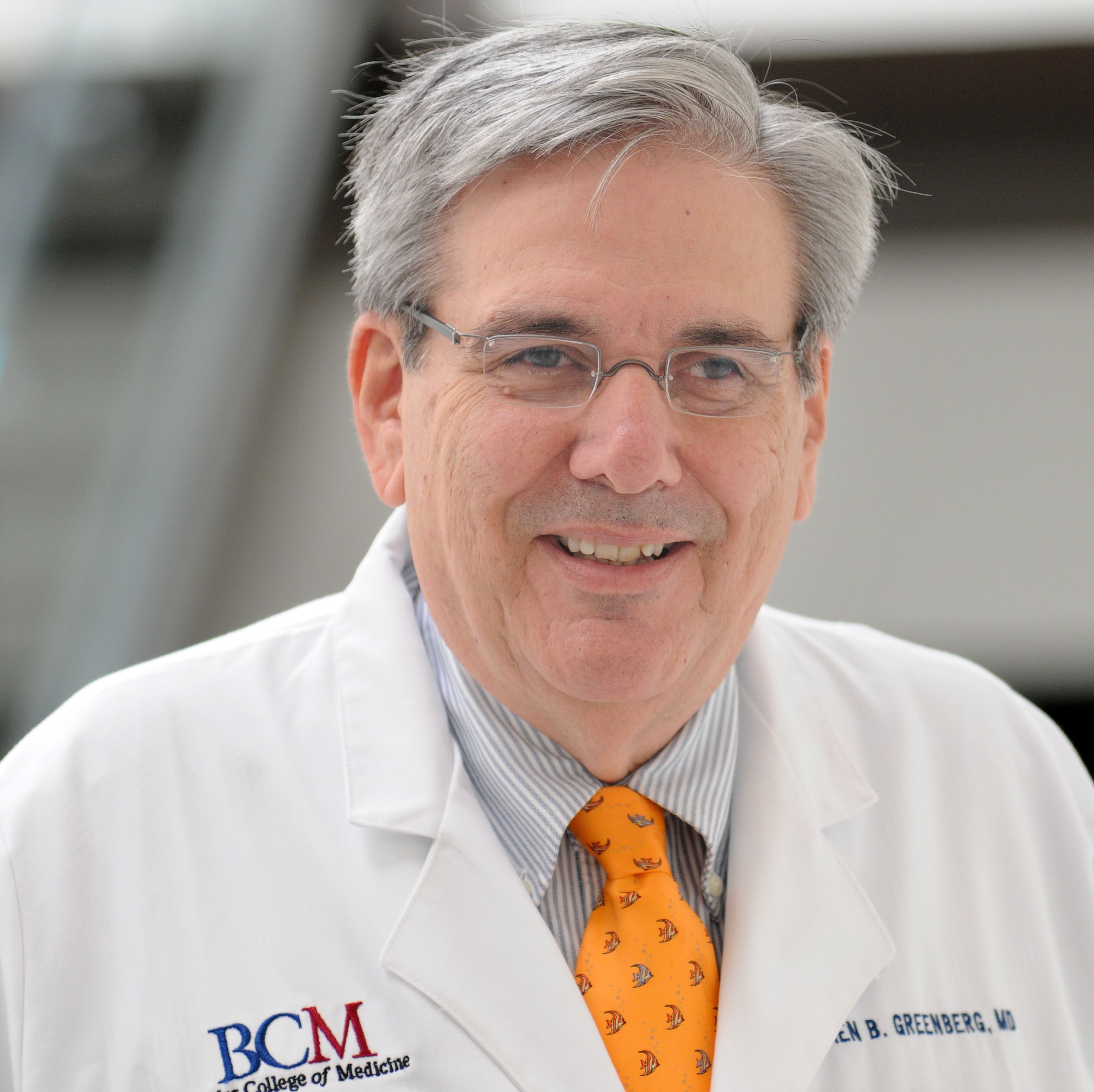 Diplomate
National Board of Medical Examiners

Diplomate
American Board of Internal Medicine

Laureate Award
Texas Chapter of the American College of Physicians

Who's Who in America

Who's Who in Medicine and Healthcare

Dr. Stephen B. Greenberg has resided in Houston for 41 years.

He served as Councilor of the Southern Society for Clinical Research from 1980 – 1983 and Vice President of ACCA in 2013. He was the recipient of the Chief Resident’s Award for Outstanding Attending in Internal Medicine at Baylor in 1987. He received the John P. McGovern Outstanding Clinical Teacher Award at Baylor in 1995, and the Baylor Alumni Award in 1999. In 2013 Dr. Greenberg was awarded the Barbara and Corbin J. Robertson, Jr. Presidential Award for Excellence in Education which is Baylor’s most prestigious award for faculty education service. He has been listed among the Best Doctors in America in 1997, 1998, 2002, 2005-2006, 2007-2008, 2009-2010 and 2012.

Dr. Greenberg holds the Herman Brown Teaching Professorship (1990 - present). In 2002, he was appointed Distinguished Service Professor at Baylor College of Medicine. His many awards and honors include: membership in the Alpha Omega Alpha honor society, Master of the American College of Physicians, American College of Physicians Texas Chapter Laureate, and Fellow of the Infectious Diseases Society of America. Dr. Greenberg has been a member of the following organizations: American Clinical and Climatological Association (ACCA), Southern Society for Clinical Investigation, American Osler Society, American Thoracic Society, American Association of Immunologists, American Society for Virology, and New York Academy of Sciences.

Dr. Greenberg’s past research interests have been in the area of respiratory viral infections. His early interests centered on the use of interferon for the common cold. He has published on the role of respiratory viruses in asthma and chronic bronchitis. He has participated in several national trials of new antiviral drugs that are now used for the treatment of varicella - zoster, herpes simplex encephalitis, influenza, and HIV/AIDS. He has also collaborated on trials for influenza and HIV candidate vaccines.

American Association for Advancement of Science

Association of Professors of Medicine